Most blogs and websites will tell you that traveling makes you a better person. Just look up a few of them and you’re bound to run into an article with a list about why and how traveling makes you the most amazing person in the world. As if traveling is some magical make-over button. But that’s not how it really works, now does it? Nobody has ever left as a Trump, and came back a Bill Nye. But there is a truth to the idea that traveling has an effect on people. Because sometimes when they return from their journey, they return as an asshole. And here is why.

A lot of people will write or tell you that traveling makes you smarter. And they come up with these pretty logical and sound reasons: when you travel, you run into problems, and often you’ll have to solve these on your own, with limited resources and time available. You’ll have to think fast, and outside the box. Reasonable enough, right? Thing is, most problems encountered aren’t of a very challenging nature. Oh no, there’s a hole in a my shoe! I forgot my sun block! I ripped my pants! Anyone can solve these problems, and the solution is almost always; duct tape. You don’t need to be a rocket scientist to know that. A plumber will tell you the exact same thing. And that’s not a dis at plumbers. It’s a dis at rocket scientists. Your Space X rocket won’t land properly? Should have put some duct tape on it.

There are other reasons beyond the problem solving one. There’s also the learning aspect; learning a new language, how to ski, and so on. But let’s be honest, most of us spend our vacation and travel by sitting on our ass, drinking, or doing things of no real value. Most people don’t travel to learn, they travel to unwind, and have a good time.

So how does wasting time make one an asshole? It starts when one tries to justify traveling and pretend it make you smart.

Traveling needs no excuse. Traveling is awesome. When’s the last time you really had to defend yourself when you returned from a holiday? Yes, I went on a vacation to Europe, but I swear, I had legit reasons! Rarely are such words spoken when talking about holidays, because most people will react with “How lovely.”

Face it, traveling can be really dumb and stupid at times. But we live in a world where stupid things are widely tolerated and accepted. Why do you think reality shows continue to be so popular? Sometimes the only excuse required is “because it’s so much fun.” 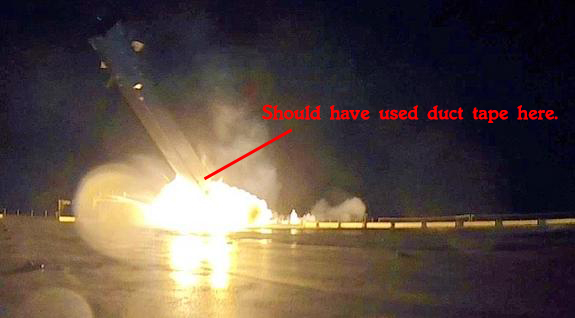 Or world savvy, as some like to call it. Being world savvy isn’t quite the same as being smart. World savvy isn’t just about knowing people and cultures, it’s also about tolerance, understanding, interpretation, and open mindedness. The idea is, when we travel, we see more of the world, we experience more of it, and thus we become more world knowledgeable. Makes sense, right? Wrong. It makes you obnoxious, like Denise, from administration.

You all know Denise. She went on a trip around the world two years ago, and still cannot shut up about it. Facebook, Twitter, Instagram, her blog, all plastered with articles and photos of her “life changing experience.” But she doesn’t even post about the journey. No, she posts about her life and how it has changed. And she wants the whole world to know she knows the whole world. Here’s a photo of her with Brazilian orphans. And here’s a photo of her with African orphans. Does she write about the tragedies of these kids? Of course not, because that would require some actual knowledge. Instead, Denise writes about herself and how much she understands what these kids go through and how much her life has changed because of it. Then she logs off and goes back to the same old life she always had. The only thing to have changed in her life is how much she mentions how much her life has changed. Not everything is about you, Denise.

A few trips to Japan, doesn’t make you an expert on Japanese people and Japanese culture. You don’t become an expert in a few weeks, not even a few months, no matter what some online course promises you. Becoming Savvy takes time. Because when we travel, we live in a bubble. the more we travel, the more we can expand this bubble, but it doesn’t suddenly burst and gives you a wealth of information. It just fades over time and that’s about it. So if you want to write about your world trip and all the things you’ve experienced, by all means. But please, don’t be like Denise and make it all about you, because your the least interesting part of the journey.*

When Bill from accountancy returned from vacation to Spain last summer, did you suddenly think “you know, I’ve never really noticed Bill before, but now I think he’s pretty awesome?” No, you didn’t. When you had your chat with him at the water cooler, and he talked about his trip to Spain, you replied with “how lovely.”

Bill’s a nice guy, a fine fellow, he’s not like Denise. We like that about him. You know who’s even worse than Denise? Dave. From management. Much like Denise, Dave is obnoxious, and like her, he wants everyone to know how great he is, and how great his travels are. Unlike Denise, Dave thinks he’s better than you. Dave is the biggest asshole in the office, because for him travel, and life, are a competition, and he can’t stop bragging how much further ahead he is than the rest of us plebes. You never left the country? That kind of makes you a loser, don’t it? Oh you went to Paris? I went Mountain biking on the steps of Mount Doom.

Now, I hear you saying “Dave was an asshole to begin with, not because he travels.” True, but travel certainly gave him new ammo, didn’t it? And I guess that’s kind of my point. Traveling actually doesn’t make you anything at all. It doesn’t make you better, smarter, savvy, or special. But it does give you things. It gives you experience, chance, and opportunities. And how you use those, is up to you.

I Guess what I’m trying to say is, that the one thing that can change you, is you. And that I spout a lot of pseudo-wisdoms. And office work probably isn’t meant for me. Don’t be an asshole, don’t be a Dave.**

** No offense meant to actual Daves.

Ten aspects of traveling not to get excited about